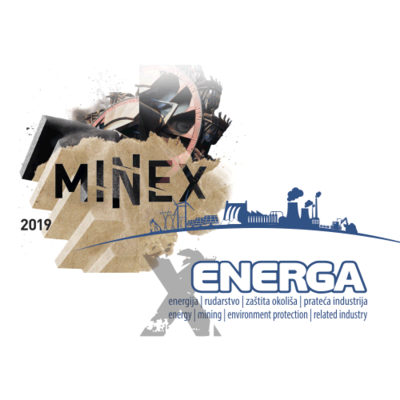 Invited by IZFAŞ, organizer of over 35 fairs in Izmir annually, Vice President of the Chamber of Economy of the Federation of Bosnia and Herzegovina, Mr. Mirsad Jašarspahić, accompanied by representatives of Tuzla Fair as the organizer of the ENERGA fair in Bosnia and Herzegovina, participated at the International Mining, Natural Resources and Technology Fair MINEX 2019.

This took place from October 23 to 26 in Izmir, in one of the largest trade fair complexes in Europe with a total area of 330,000 square meters, designed exclusively for fair and congress purposes.

The fair brought together experts and manufacturers of exploration and exploitation equipment in the fields of mining, natural resources and associated technologies from around the world. Representatives of TTU Energetik from Tuzla and the Bauxite Mine from Jajce were also in the B&H business delegation.

A representative of the ENERGA Fair and the Vice President of the Chamber of Economy of the Federation of B&H, who is also the Chairman of the Organizing Committee of the ENERGA Fair, were able to utilize the huge portfolio of the MINEX Fair for special promotion of the most significant energy event in Bosnia and Herzegovina. Per request of the organizers of the MINEX 2019 fair, the Mr. Jašarspahić gave an interview to the media, giving insight into the work of the fair, thus once again pointing out the importance of sectoral linking and promotion through the MINEX and ENERGA fairs.

At the closed meeting with the Izmir Fair Management Board (IZFAŞ), operational readiness of MINEX and ENERGA for mutual promotion and provision of free exhibition space based on reciprocity were presented, as well as the results of previous promotional activities through the existing Agreement signed at ENERGA 2018 in Sarajevo. With the completion of the MINEX 2019 fair, the timeframe of the first contract has been finalized and details of the new contract have been agreed which will have a continuous character.

It was proposed to sign a new contract during the announced visit to the Chamber of Economy of the Federation of B&H by the MINEX fair delegation in mid-November. After a detailed and thorough discussion of the areas of interest and target groups at the presented fair and congress events, further directions of cooperation on representation and promotion in both countries were agreed.

Throughout their stay, the B&H delegation had the operational and logistical support of the organizers of the fair, as well as the local media attention, which monitored all activities during the fair.
0 0